By default, when you render Multi-Pass sequences to image files (Multi-Layer File is switched OFF in Render Settings -> Save panel) you end up with hundreds of files in one folder. For my taste, well, it doesn’t look good. I prefer every Multi-Pass sequence to be placed in it’s custom folder, like Shadow passes should go to Shadow folder, RGBA images should be placed in RGBA folder and so on. This way you maintain clean and tight file and folder structure. On the other hand, Cinema 4D does not rename your rendered Object Buffers, so you end up with general default naming like object_1, object_2. So there’s no way to know what object_1 refers to in your Cinema 4D scene. 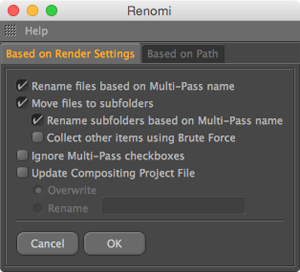 All actions are performed based on your current render settings – plugin will look for output directory for main sequence and Multi-Pass Images from Render Settings dialog box and will perform actions based on this criteria. If you have renamed Object Buffers to something like OB1-Cube, OB2-Sphere then the plugin will respect that and you will get what you expected.

Please allow few hours for delivering you a download link.

Have questions about the plugin? Then check online documentation. Eager to test plugin before purchase? No problem. Just drop me a note and I will send you fully working demo version. 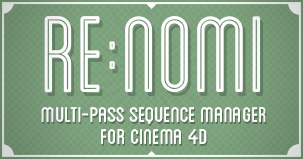